Transmigrated into a Beast Tribe 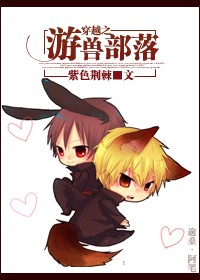 Lin Mu was pushed down the cliff, but he did not die and arrived to a magical world instead.

A huge python with wings and can fly, alright, just think it as the legendary Mayan Snake God;

A gigantic centipede that can fly in the sky, alright, he kinda seen it before in ‘Journey to the West’;

A mighty big wolf with a body as humongous as an elephant, en, just think it as a mutant;

Although the animals in front of him were a little strange, they are still animals but why did all of you suddenly turned into humans? Coming across wild beasts, Lin Mu still can accept it, but coming across ‘*yaojins’, Lin Mu became . . . . . . excited instead. What? You guys are the infamous drifter beastmen? I don’t know anything about that. You guys did a lot of heinous crimes? I don’t see that either.

And so, Lin Mu began a hard but satisfying life of building a home in a another world.

*Yaojin/妖精 doesn’t have a proper English equivalent word. The nearest meaning would be supernatural being or Yokai (Japanese).