The Tale of the Teapot Hero’s Revenge 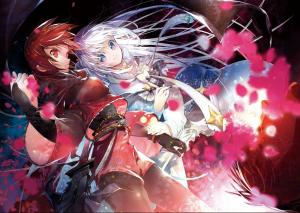 A Hero is someone chosen by God to receive a supernatural ‘gift’. A unique existence, only one Hero can exist at a time, with a new one being chosen upon the former’s death.

This generation’s Hero is an ordinary villager girl named Kyrie whose gift is merely being able to boil water. The king gave up all hope on this girl and to have the next hero appear, he tries to set her village aflame, making it look like the work of bandits.

When her family and friends are slaughtered and Kyrie is backed into a corner, she learns the true value of that boiling hot power.

Something no one in this world knew.

The fact that fluids makes up for over 60% of a human’s body.

What would happen if those fluids were to be boiled?

This is the revenge tale of the hero who can do nothing but boil liquid.