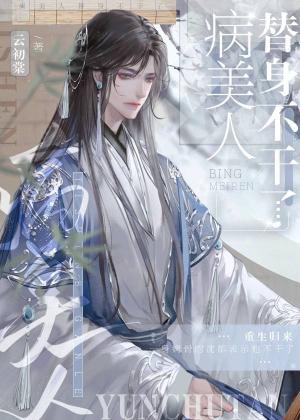 Shen Yu was sincerely in love. For that person’s sake, Shen Yu ignored his illness-ridden body and plotted to overthrow the tyrant. It was only after Shen Yu died that he learned the truth. He was a character in a book, and the man he loved only viewed him as a stand-in for the protagonist. To pave the way for that couple’s happiness, Shen Yu lost everything.

After he was reborn, the sickly Shen Yu was so done with that.

As for that man, whoever wanted him could have him.

Shen Yu took his half-brother’s place and became the male concubine of the tyrant. The tyrant didn’t like men anyway, and Shen Yu didn’t have much time left. Since he was going to die, he might as well go to the palace to sit around and wait for death.

After entering the harem of the tyrant everyone feared, Shen Yu ate and drank without a care in the world.

The tyrant, with a green silk cape and crimson eyes, didn’t hide his hostility. He grabbed Shen Yu by the neck. “You’re not afraid to die?”

Shen “Just get it over with” Yu felt a little excited. “Are you going to kill me now?”

Shou: jumps frantically up and down on the gong’s bottom line but never dies

Gong: all he can do with the shou is lower his bottom line again and again