After Becoming the Alpha Protagonist, I Snatched the Cannon Fodder Omega 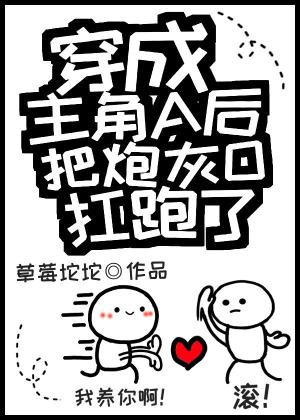 He silently looked at the young man glaring at him with misty eyes. This young man was the cannon fodder omega the original owner had recently broken the marriage contract with. The pheromone overflowing all over his body was indicating he was about to enter estrus.

This is a question worth thinking about…

Transmigrating into the young master of the Federation’s Chief Legion, the First Consortium, and a Pharmacy Family, Qiu Zhenyang has whatever he wants. Whoever is not pleasing to the eye, he can deal with.

On his first day in the Interstellar Academy, facing the confession of the omega school flower: Sorry, you aren’t my type.

Inadvertently, hero saves the beauty. Facing the protagonist shou in the original text: Go away, I don’t drink green tea.

Besieged at home, facing the pursuit of the coquettish childhood sweetheart: Why are you wearing such showy clothes?

Qiu Zhenyang’s pheromone tastes like sunshine, and his personality is like a little sun. But only when facing Ling Mu, the cannon fodder covered in thorns, did heart soften again and again. His affection grew stronger, and he loved him uncontrollably.

After the marriage contract with the Qiu family’s young master was called off, Ling Mu’s difficult life became even worse.

But, just over a month later, he had an affair with the young master, and was even temporarily marked!

Qiu Zhenyang, who temporarily marked him: “I will be responsible for you!”

Qiu Zhenyang, who officially introduced Ling Mu to his friends: “This is my wife!”

Qiu Zhenyang, who had just rejected the protagonist’s confession: “Oh, are you jealous?”

Qiu Zhenyang: “Are you serious? Then… Xiao Mumu, let’s do something harmonious?”

After a few seconds, Qiu Zhenyang: “Ow! Wife, your fists are so powerful!”