The Marquis’ Daughter Acts As A Pawn 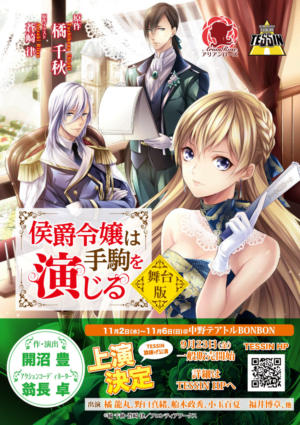 Because of that confusion, high society’s spotlight is on who Julianna will be engaged to. The Julianna who has a unique bloodline, is known as the Perfect Lady, and is Marquis Lewis’s daughter.

One day, half a year before the announcement of Julianna’s engagement, a letter of summons was sent to Julianna from the second prince.

And then, Julianna was fiendishly proclaimed a pawn by the second prince who was supposed to have been the Ideal Prince.

In order to fulfil her own desires, Julianna reluctantly carries out her arrangement with the second prince, infiltrating the royal capital church where demon worship was happening, and becomes caught up in the conspiracy between the king’s loyalists and the church.

“I swear, with my pride as a stake, to deceive everyone and perform on this life-threatening stage.”