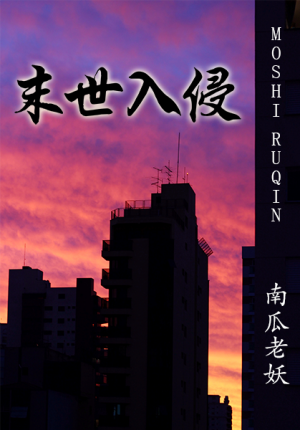 A strange phenomenon fell down from the sky and aliens came over Earth.

Office nerd Fu Shiwu’s life was turned upside down, but luckily for him, Tang Xuhai, his fierce and powerful neighbour whom he wasn’t exactly on good terms with, took him on a journey to escape.

But Fu Shiwu could never imagine that halfway through the escape, this unbreakable man turned out to carry a steel plate in his body, which brought on an infection and sent him into a deadly fever.

In order to save him, Fu Shiwu, a professional elite who couldn’t even restrain a chicken, had to bite the bullet and go all out on the unknown terror waiting outside.

In this apocalypse, people survived with all sorts of tricks.

By having IQ, having muscles, or hugging the right thighs!

In order to compete for resources and talents, they also had to fully exhibit their character, their morals and even their weaknesses.

Fu Shiwu and Tang Xuhai’s team would like to implicitly express that: They definitely had all the above “virtues”.

— This is a story with zero system, zero rebirth, zero transmigration but still the right amount of golden fingers to pave a new way for humanity.