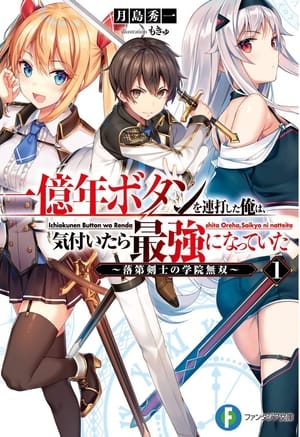 There was a mysterious old man who approached the failed swordsman with the “100 million years button”. A magic button which can achieve the same effect as training for 100,000,000 years if you push it.

However it was a cursed button. The moment it was pushed, he was confined to the 100 million years prison of time. The first 100 years were devoted solely to training. After 1000 years he had forgotten why he swung his sword. He stopped thinking completely after 10,000 years had passed. After 100,000,000 years he became crippled and finally managed to return to the real world. At the same time losing all his memories from the past 100 million years, the only thing that remained were his sword techniques. “I can become stronger just by pressing the button!” or so he thought and pushed the button many times after that. Foolishly trapping himself in that 100 million years of hell each time.

As he continued this loop, he began to think “If I destroy this world, will I get out of here?” A few billion years later, he finally escaped from the loop.

This is the story of a failed swordsman trying to make a name for himself in the world.