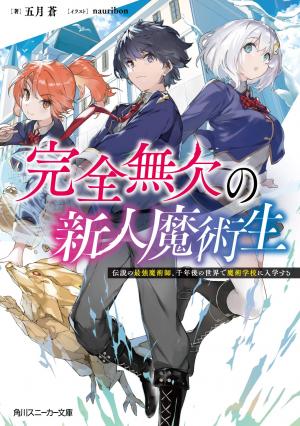 Through all youth, Fighting for the sake of the world — Gilford Reeves, the strongest magician who became a legendary hero after a deadly battle with the demon lord.

However, The price was high and he was seriously injured.

Thinking that death was the only thing waiting, Gil fell asleep for a long time with a special magic cast on him to heal his wounds by a vampire.

And the next time he woke up… millennia had passed in the world — Gill, who had regressed his body and woke up in the form of a child, used the power that was once said to be of the strongest magician to enjoy a second life.

While enjoying reunions, new encounters, and changes in the world after a thousand years, Gil restarts his life to regain his lost youth!