The Banished Sage Who Escaped his Childhood Friend 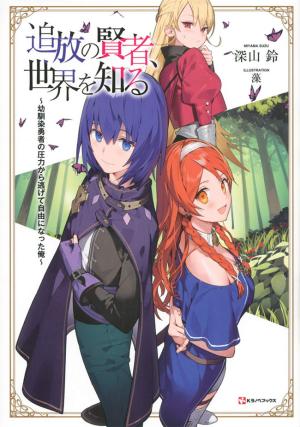 Wizard Haru spent his days being abused by the hero, his childhood friend Leticia. But one day while being scolded he thought to himself…

‘This is no good’

“How can you make such a s*upid mistake! You cretin!”

Haru had been patient but it was going nowhere.

“Haru really is a useless small fry. Should I get rid of you?”

The shames and abuses that had been raining on him had transgressed too far.

“OK, goodbye,” saying so he left as he gained his freedom.

Haru succeeded in breaking up with Leticia. He was finally freed from the cage that had trapped him.

On the other hand, Leticia is getting worse day by day … This is a story of childhood friends who were in conflict.

And thus began Haru’s adventure to regain his true self! The curtain unveils on an other world “redo” fantasy life!