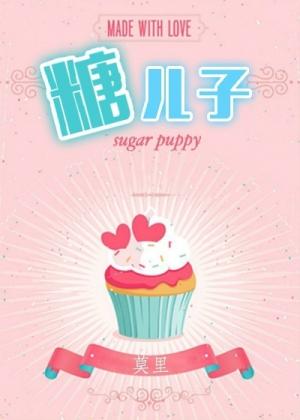 Qiu Qiu was born into a scholarly family. He possessed great looks and a kind heart. His outstanding grades were just as praiseworthy as the cute dimple he exposed each time he laughed. His melodic singing moved the hearts of all, and his guitar-playing skills were down-right godly. It wasn’t long before the overbearing president, Fu Ruien, fell for him, hard.

Fu Ruien: Qiuqiu, I would like to ‘support’ you.

Qiu Qiu: Oh, so you’re going to support me financially?! Like a scholarship?! Yay, that’s great!

And so, the two happily made arrangements, utterly oblivious to the fact that they both weren’t on the same page…

Fu Ruien: Are you a numbskull?! If you’re not being ‘kept’ by me, then why the hell would you call me ‘Daddy’?!

Qiu Qiu: In my defense, I saw that you were a 40-year-old uncle who still hadn’t been married, so I just wanted you to actually experience the warmth of a family!

Qiu Qiu: But even if you don’t have a partner, at least you have this bright, talented and handsome eldest son who’s there for you. I mean, just where in the world would you be able to find such a perfect son like him!