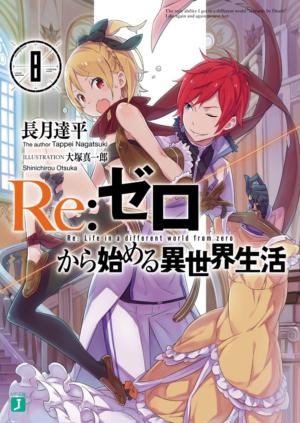 But when he is saved by a mysterious, silver-haired girl with a fairy cat, Subaru attempts to return the favor by helping her track down something that was stolen from her. When they finally manage to get a clue, Subaru and the girl are attacked and killed by someone.

Subaru then awakens in the place he was summoned and notices he gained the ability “Returns by Death” and has become a helpless boy that only has the ability to rewind time to a certain point by dying.

Beyond the despair, can he save the girl from the fate of death?

Note: v3 epilogue 2 part1 (or interlude as written on the translator’s web) starts after the anime’s episode 25