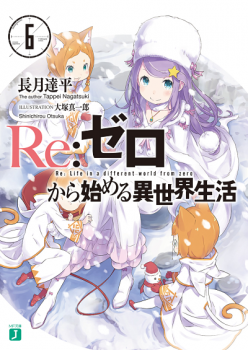 But when he is saved by a mysterious silver-haired girl with a fairy cat, Subaru cooperates with the girl to return the favor. When they finally manage to get a clue Subaru and the girl are attacked and killed by someone.

Subaru then awakens in the place he was summoned and notices the ability he gained “Returns by Death” a helpless boy that only has the ability to rewind time by dying. And beyond the despair can he save the girl from the fate of death!