Rebirth of a Fashionista: This Life Is Soo Last Season 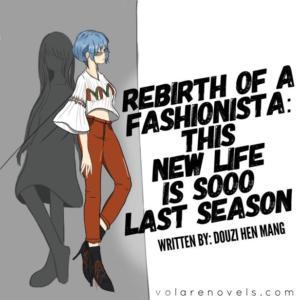 As a wealthy and beautiful woman with fair skin, she’d devoted herself to getting revenge on her Stepmother and Stepsister after they’d viciously tarnished her reputation. In addition, she’d been working towards gaining the attention of an unattainable man. Unfortunately, before she could achieve her goals, she was involved in an accident which resulted in her suddenly becoming a girl who was so poor that her house was nothing but four walls and a roof. Faced with such an abrupt change in circumstances, she had no choice but to participate in a top model competition to support herself by winning the prize money. Luckily, her new body was tall and beautiful and paired with her unique sense of style; she took her first steps on the path to fame and fortune. With her new life just beginning she decides to become a celebrity, turn all scumbags who bully her into cannon fodder, marry a tall and handsome rich man, and reach the peak of success!

Tall and handsome rich man: You want to marry me and become my wife? Are you sure about that?