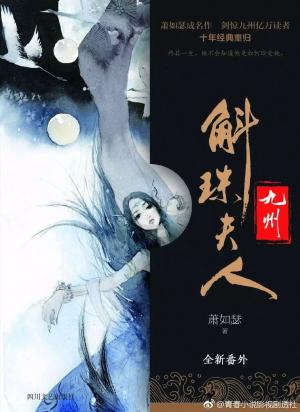 The daughter of a pearl fisherman, Haishi, met a mermaid when she was a child, who left her the two words Lang Huan on her palm. And the pearls created by the mercreature’s tears resulted in her meeting the officials. The once handsome and young six-winged general, Qinghai Prince, only hides behind the emperor now, manipulating the black-feathered forest army. The entangled fate between him and Di Xu gradually disappeared on the specious smile his lips formed. In the big Zheng Dynasty, there was another big empire on the Nine Continents. The previous civil strife took away everything the young emperor Chu Zhongxu wanted to protect. The so-called civilians and nation were nothing but tools for him to demand liberation.

Whether it was to be hated by others to be betrayed by his brother, nothing was important anymore. The peaceful and prosperous world he had created himself must be destroyed by himself. Thousands of horses are running, and the flags are changing. The world is magnificent, and this will become the legend of the nation. And the shiny and round merfolk pearls scattered everywhere on the ground reflect everyone’s swirling destiny.