Master is Pretending to Love Me 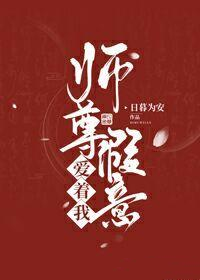 After Jian Xiuyun was tortured to death by Kan Wenxiao, he discovered that he had been living in a novel called “The Supreme Path of Immortality”.

In this book, his most annoying disciple, Kan Wenxiao, is the male lead, and he is the cannon fodder villain who scolds and beats up the male lead, making things difficult for him and ending up miserable.

After rebirth, thinking about the ending of the previous life, Jian Xiuyun decided to change his behavior, resisting the disgust in his heart and pampering Kan Wenxiao as his own son.

As soon as he opened his eyes, he found that Kan Wenxiao was tied to a furnace cauldron by him, and he was holding a knife in his hand.

Facing such a scene, Jian Xiuyun used a knife to cut the rope on Kan Wenxiao’s body calmly, and then reached out to him and said. “Good1, Master hug.”

Kan Wenxiao always knew that Jian Xiuyun didn’t like him because he had an ugly face.

Although later he did not know why Jian Xiuyun suddenly changed his character, he could still feel his insincerity and reluctance.

Kan Wenxiao felt that unspeakable anger was burning in his heart, but under this anger was something else.

It wasn’t until later that he held Jian Xiuyun in his arms and sprayed out of control words in Master’s ears that he knew what it was.

“Master, can I exchange my sincerity for your sincerity?”