Married Under Duress But My Husband is Sweet 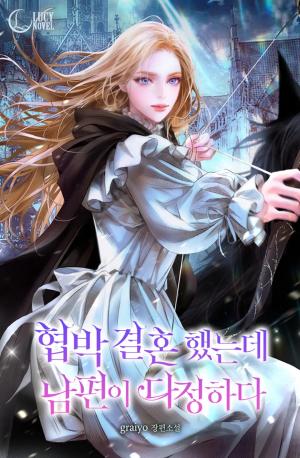 Adelaide has the ability to see the future. Tired of her husband’s affair, she decides to get a divorce. The only way to get out of her predicament was to marry a member of the Imperial Family.

“Marry me. You are able to keep your head because of me, Your Grace.”

Seeing the future of saving Zach from the Imperial Family, Adele crudely asked him to marry her. But unexpectedly, Zach agreed.

Because of her divorce, she was already satisfied with this loveless marriage, however…

“I told you before that when we get married, I’m not going to give anyone a single glance and give my heart except for my wife.”

From an abusive father to an unfaithful husband.

To Adele, who had no place to relax, Zachary was willing to become her warm home.

“You can ask me for more. You deserve it.”