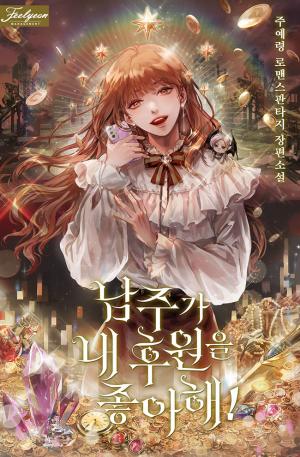 The only fault I’ve done so far had been to diligently sponsor a game streaming broadcast with 0 viewers.

But it’s too harsh of you to give me this ordeal with it!

“There’s no time to procrastinate!”

I watched that in the streaming broadcast.

Choi Ji-hyuk glared at the wish ticket, which came out as a reward for the S-class dungeon. It was an item that was acquired by stealing from hunters who came in together.

No matter how much this item can prevented the collapse of the world, it didn’t matter if it was acquired at the risk of its own life.

He thought he’d have to see the face of the bloody constellation that abandoned him miserably.

But who knew the damn constellation was just a girl in her early 20s.

He felt sorry for her, who has lived her whole life in normally and peacefully, but unfortunately, he never intended to let go of his constellation.

“Tell me I’m the most important thing to you.”

At least, until he sees the end of the world.