Lonely Me and the Lonely Caring Goddess 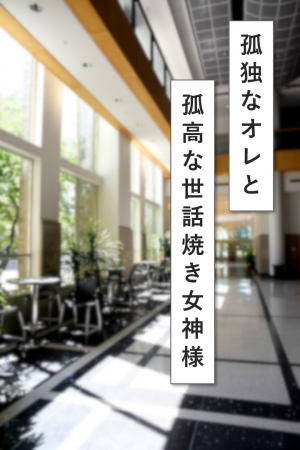 Wanting to turn over a new leaf after moving…

I thought I could start over and forget my lonely middle school days, but what awaited me there was…

I’ve had enough of these people.

In the end, am I destined to stay lonely…?

Then, one person approached me.

She was the vice-president of the student council, Satsukawa Sara, who was known for her coldness towards others and her overly beautiful appearance, the “Lonely Goddess”.

But I know… her other side.

That she’s so kind, and has a very caring side.

“You’re getting too familiar, aren’t you? You guys… don’t get in the way!”

“From now on, I’ll be taking care of you every day at your house!”

W-Wait! Don’t do that in a public place!

Thus, I became even more isolated…