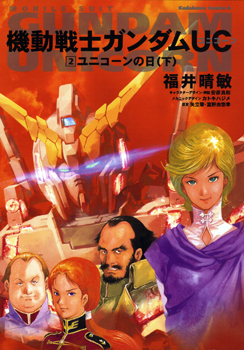 The series begins in U.C. 0001, at the very beginning of human space colonization, when a space colony called Laplace is destroyed. The main story takes place in UC 0096, three years after the events of Mobile Suit Gundam: Char’s Counterattack and 27 years before Gundam F91.

The story revolves around Banagher Links, a seemingly normal boy living and going to school in the space colonies. His life changes one day when he meets a girl named Audrey Burne, as the encounter brings him into contact with a new Gundam and its connections to an item called “Laplace’s Box.”