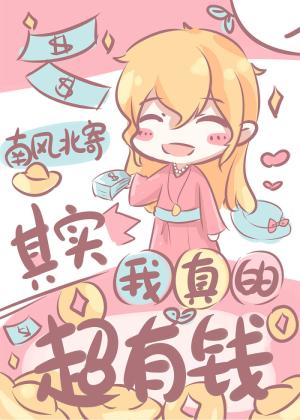 Wen Le’s grandfather was a revered literary writer who escaped to the mountains for inspiration and has lived there for over 10 years.

Ever since she was a child, Wen Le has lived in the mountains with her grandparents. Only upon attending school did Wen Le discover that they only had a black and white TV while her friends all had LED ones.

Thus the young Wen Le who matured early knew that they were poor and that she had to work hard. However, Wen Le gradually realized that something felt a bit odd. Wen Le hesitantly gave her grandfather a call.

“Yeye*, when I passed the university entrance exam, what are the two keys that you and Dad gave to me for?”

[Yeye – a term to refer to one’s paternal grandfather]

Grandpa snorted in reply, “I gave you a courtyard house, and your dad gave you a building.”

Wen Le trembled in trepidation, “Then what about that document which Dad got me to sign a few days ago?”

Grandpa snorted, “How would I know? But your Dad recently bought a gem mine.”

Grandpa got so angry and scolded her for being s*upid.

After Wen Le got together with the school crowned hunk Zhou Kao, who was cold to everyone, it shook the entire school. Zhou Kao was a wealthy young master from birth, and Wen Le was only a poor child from the mountains. With their social status deemed unfavorably matched, Wen Le was deemed as a scheming girl who wanted to marry into wealth.

Until someone secretly recorded the interaction between the two of them. In the video, Zhou Kao had unexpectedly backed Wen Le up to a secluded corner. He played with Wen Le’s long hair, “It’s said that this jewel that’s currently on you is worth millions but was bought from a street stall for $20?”

Wen Le smiled: “The stall owner was probably my Dad.”

“However…” Wen Le raised Zhou Kao’s chin and looked at him with her seductive eyes, “How much are you selling this ten million beauty for?”

Reputed as being hellishly difficult, Zhou Kao, the famed hunk whom nobody could successfully chase, was infatuated. He leaned down for a kiss, and with a raspy voice said, “I’ll give it to you for $10.”

Wen Le dodged the kiss with a laugh, “Isn’t $10 a little expensive?”

Zhou Kao clenched his teeth, and directly kissed her, “I’ll bear a deficit of $10.”

The whole school was SHOCKED!