If I Disobey the Duke 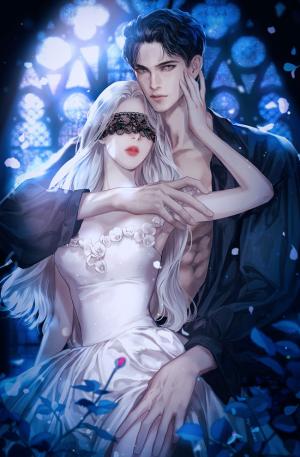 A devilishly mesmerizing low-pitched voice rang into my ears. It sounded heavy and deep as if it came from a cave.

It was a devilishly mesmerizing baritone, like a deep rumble from a cavern. Lily didn’t seem to notice how it sounded like he was restraining his anger.

This was the first time she heard his voice.

“Tell me. Who were you mourning for until our wedding day today?”

Lily wore a plain black dress that covered her from neck to toe in uncomfortable and unsightly fabric. Even if she really was mourning, the outfit was just too excessive.

He turned her over until she was on all fours. A hand mercilessly slid into her dress. The sound of the stiff fabric crumpling accompanied her scream.

It was obvious what a touch to the inner thigh meant. Tension and fear curled in her gut as the duke firmly held her by her hair, causing her to look up and see the sacred artefacts and statues on the wall. Her conscience flinched.

Lily shut her eyes and his voice pierced through like a punishment once again.

“Or were you thinking about your third husband’s―my―death?”

They were supposed to be having their wedding in this very chapel.

Lily was unable to answer his question as his fingers unexpectedly dug into the apex of her thighs. Thick, calloused fingers spread her flesh and brushed against a particularly sensitive spot.

Electricity coursed through her body.