I Was Raised After Being a Mermaid 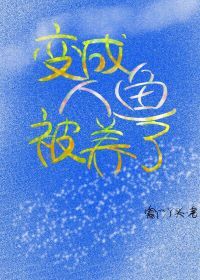 An Jin, who possessed water system powers, transmigrated into a different star and became a mermaid that was being auctioned.

The mermaids of Soo Star are ferocious but their singing can heal mental riots.

The Soo Star inhabitants, who were suffering from mental riots, were desperately wanting to raise a mermaid.

Even though the mermaid’s IQ is very low and it takes a lot of effort to educate and cultivate it, the Soo Star’s inhabitants loved the mermaids in every possible way, only to hear the singing of the mermaids and not to be slapped to death by its paw.

His Majesty Norman, who had been tortured by mental riots for many years, could no longer help but buy An Jin who had become a mermaid.

His original plan: I’ll spend any time thinking about nourishment, listen to his songs, and treat my mental riots.

Later: I’ll collect all the good things to give to my baby. Baby, what else do you want?

One day, the Imperial Public Channel broadcasted a live broadcast of His Majesty’s daily life.

An Jin entered the camera scene and the entire network exploded.

#Your Majesty’s mermaid has a super high IQ!

#So soft mermaid, want it!

#@You majesty, are you selling your mermaid? Say a price!

Soon after, His Majesty Norman held the beautiful mermaid boy and announced in public.

An Jin was shocked: ??? Am I not just your mermaid?

The gentle mermaid was then attacked by his majesty aka super possessive vinegar jar in every position!!!