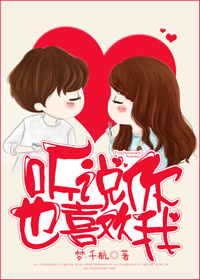 The entire entertainment circle knew that whenever leading actress Du Yu Shu and Emperor Ye Jingan encountered each other, in their free time they would speak with poison on their tongues and release gunpowder all around them in the air-ready to destroy, their poor relationship was to the point where fans from both sides had already given up on fighting with each other.

But no one knew that Du Yu Shu was actually a very big fan of Ye Jingan, every day she would go online and praise him #bow to male god, #male god is very handsome, #male god I want to give birth to a little monkey with you, #give birth a flower goddess # fan in true love;

At the same time, no one knew that Ye Jingan was Du Yu Shu’s fan, every day he would go online and worship her #goddess, #please marry me goddess, #seeking to support the goddess, #I’ll kneel so please look at me goddess #this is true love ;

When the news broke out that Ye Jingan and Du Yu Shu would attend the same reality show, fans from both sides started crying tears→

→ Fan A: goddess, why didn’t you think this through clearly! A good reality show will become a murder scene, the director will cry!

Fans II: In order for the program to run without any problems, the director must not put male god and goddess in the same group ah!

Fans three: I think the real purpose of the reality show is to make Male God and Goddess’s battle of the sharp tongues into a full on war-conflict!

A year later, Ye Jingan made a Weibo posting :

Ye Jingan V: Thank you, we are together.

Now, fans have felt that they need to see a doctor, an optometrist.