Getting Away From The Hunter 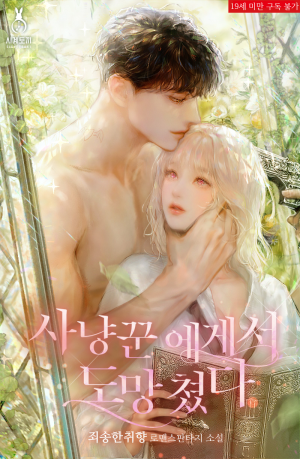 While trying to avoid a bastard demon hunter, Ravi was sucked into a novel and…

‘Even if I’m stuck inside a novel, why did it have to be a BL novel?!’

She spent her days starving because she wasn’t a BOY but a succubus.

Outside, men lined up just by one glimpse of her but here, they were as cold as ice.

Even if she dressed as a man, she was rejected and dumped as if they instinctively knew she was a woman. Like that, half a year passed.

‘What if I starve to death because I can’t eat regular meals? Anyone is fine, so be possessed by me…!’

She needed the vital energy of humans to stay alive.

“Hey, glasses! Do you know me? Why do you keep looking at me?”

It was the first time she had heard that word after falling into this destitute world. She was about to spend the night with the nerd-like guy she met in the bar thinking it would be just a one-night stand but…

“What are you doing standing there? I might explode if we take it slow.”

When he removed his glasses, she realized the man was the demon hunter who had been chasing her. But he, Regan, didn’t remember what happened outside of the novel, and the nasty demon didn’t miss her opportunity.

What choice would Ravi make to survive the collision of two opposing lives that could draw a parallel forever?

“We are supposed to do it once a day starting today. Babe.”