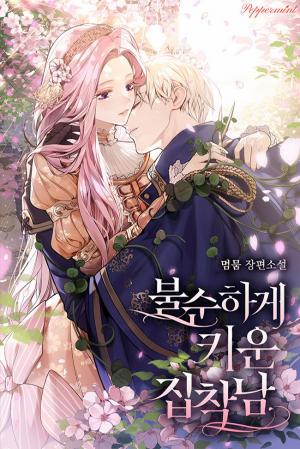 She approached the villain who was about to be destroyed with impure intentions.

She raised him, who had turned into a child, and waited for him to return to his original form.

But when she realized it was too late, and was dragged back to reality.

“Lilly, why don’t you hug me these days?”

‘It’s true that I was the one who approached him first with impure intentions, but at some point, his eyes glancing at me became impure too.’

“Bad things… I want to do bad things to you.”

The words he spat out, now that he had become a mature man again, were too hot.