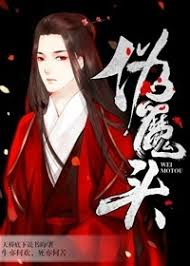 The greatest demonic cultivator, He Huan, split his divine consciousness into two right before going into tribulation and created another self; whom he named He Ku.

Unexpectedly, He Huan reached enlightenment, and from demonic cultivation entered into Buddhism; reaching the state of Nirvana (leaving no room for self in one’s heart), but who knew that He Ku remained instead.

Oh well, it wasn’t his fault for not having self-harming tendencies and therefore, reluctant to lose his other self. Since this is the case, then this road of Buddhism, I won’t take it.

Is there a problem with people loving themselves? Of course not.

The gong is the enlightened Demonic Palace Master who almost became a Buddha.

The shou is his naive, just transmigrated self who has yet to experience the darkness of the cultivation world.