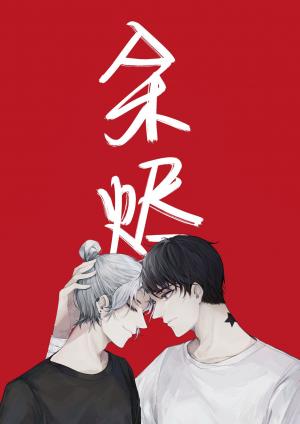 Because of you, I became a better me.

The first time Sheng Renxing met Xing Ye, the other had dragged him into a skirmish.

That fight had been exhilarating.

The second time they met, Xing Ye had just finished a round in the ring. He had stood in the centre, entire body covered in wounds, his downcast gaze bypassing everyone else to land on Sheng Renxing.

Sheng Renxing had taken him home.

The third time, Sheng Renxing had arrived at his new school with a head full of red hair. He was met with the sight of Xing Ye in the classroom, all properly-decked out in his school uniform.

Blood continued to drip down Xing Ye’s brow ridge. He pressed Shen Renxing against the door with one hand, his teeth sunk into the boxing glove of his other hand. There was a vicious light in his eyes— “Stay out of my business. Keep your sympathy. The people here aren’t your friends—they’re all madmen or human scum.”

Sheng Renxing: “…Can the human scum in front of me let go?”

He was the weeds set afire amidst the night sky. Even after exhausting everything he had, all that could be seen by passing strangers were flashes of embers and ashes.

But one day, a phoenix descended from the skies and made the weeds his home.