Daily Life of a Villain’s Mother 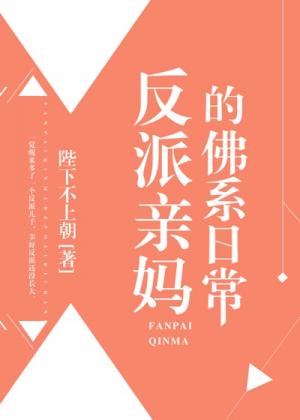 After transmigrating into a novel, Ye Fan became the villain’s mother.

After falling into a scheme, she gave birth to the villain, Film Emperor He han’s son, and the latter had no knowledge of it.

Ye Fan is a stand-in for a famous young actress, and the person she had to film an intimate scene with actually happened to be that Film Emperor.

The original Ye Fan abandoned the villain son, and when the matter was revealed, she was drowned completely in hate by the netizens.

Fortunately, the villain son had yet to grow up, and the Film Emperor knew nothing about it all. All Ye Fan needed to do was raise her child with the mentality of a buddha.

On the film debut right after an award ceremony, the matter of Ye Fan’s illegitimate child was exposed, shocking the entire net.

The prince of silver screen He Han who had always kept a clean and self-conscious image had a press conference that day.

“There is something I’ve been hiding from everyone. I have a three-year-old child.”

The little one tailing behind Ye Fan saw the Film Emperor on TV.

In a tender voice, he said, “Mama, mama, why does that man look so much like me?”

Ye Fan glanced at the screen and looked away again.

She held her dear baby’s face and said, “You must have seen it wrong, my son.”