After the Disabled God of War Became My Concubine 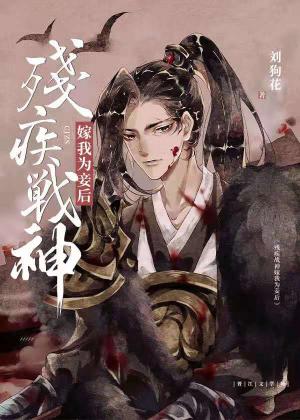 According to a popular legend, the famous God of War of Great Liang, Huo Wujiu, was once captured by an enemy country. He had his meridians severed and both his legs broken before he was thrown into the prison. In order to humiliate him, that incapable ruler of the country gifted him to his cutsleeve brother as a concubine.

General Huo suffered a great deal of humiliation. He laid in wait for three years before he shed his cicada skin and returned to the Great Jing. He treated his crippled legs, and three months later, he led his army to storm the enemy’s capital. He slaughtered the emperor, razed the capital, and finally beheaded that tr*sh of a cutsleeve, displaying his head on the city’s walls for the next three years.

Since then, the world has been united.

A certain university’s history lecturer received a graduation thesis depicting the legend of Huo Wujiu, and he wrote a full page of criticism for the student.

Then he blinked, and he was transmigrated into the body of that cutsleeve prince.

There were lanterns and decorations everywhere. A man came, sending word that the disabled general of the enemy state had already entered the manor in his wedding sedan.

As he looked at the General Huo in front of him, taking in his malicious gaze, his tortured state, clad in a red wedding gown, Jiang Suizhou realised that even legends can come true.

This legend could even cause him to be beheaded in public in the future, with his head hung on the city walls for three years.

Jiang Suizhou’s only option was to take good care of General Huo.

In spite of the hidden arrows of the court’s political agendas and the incapable ruler’s endless attempts to humiliate him, he could only bite the bullet and bear the brunt of it; his only wish was that after three years, he could protect his own head.

Of course, he didn’t dare to even dream of asking this 3 meters tall “concubine” to serve him.

However, before the three years was up, General Huo’s legs recovered on their own.

He didn’t just slaughter the incapable ruler and unite the land under the heavens, but he also climbed into his own bed and pinned him down with a heated gaze, stubbornly wanting to establish his status as a concubine.