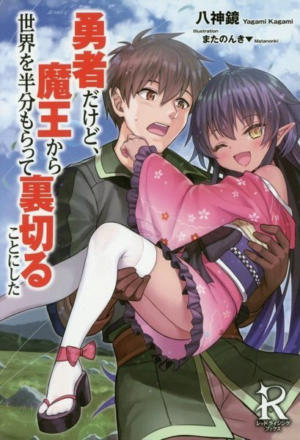 As a hero, I have been doing my best up until now. Even with little reward, unreliable comrade, citizens that only keep complaining and princess that only treats me like a tool, I still do my best without a word of complain.

I finally gave up after being rejected by the girl I like, being betrayed by my comrade and not receiving any recognition despite my best efforts.

[I will give you half of this world. Hence, join forces with me!]

However, the demon king received me with both hands and this made me delighted. I felt she is more charming that anyone in this world after receiving her recognition.

Thus… even though I’m the hero, I decided to betray after receiving half of the world — This is a story of the hero that is always trying his best being showered with love by a small demon king girl.