Your Scandals Are Way Cuter Than You 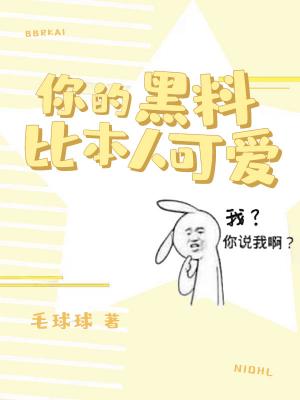 Jiang Ying, a controversial second-generation celebrity. Loves nothing more than collecting dirt on other stars.

Classmates from elementary school to high school, they fit the mold of childhood sweethearts. And yet they were more like fire and ice: utterly incompatible.

Back in high school, they fought while reviewing test answers. On set, they fought over their scripts. For better or worse, the two were in contact every single day. Their QQ streak has never been broken.

By chance, Qi Zhu discovered his own dirt in Jiang Ying’s possession.

Jiang Ying: Don’t you know? Your scandals are way cuter than you.

Jiang Ying thought they would bicker for the rest of their lives.

Until, one day, he came across a new ship on Weibo: ZhuiFengZhuYing.

Soon after Jiang Ying was born, his parents held his zhuazhou ceremony. Among the items they set out before him, Jiang Ying crawled to the keyboard.

Ever since his youth, Jiang Ying had never lost an argument.

In a popular squabbling app that randomly matched users with differing opinions, prompting them to fight, Jiang Ying could handily defeat any opponent.

After spending three years on the app ‘Fight!’, Jiang Ying reigned as king of the leaderboard.

Out of the goodness of his heart, to benefit society, Jiang Ying took an apprentice who clearly didn’t know the first thing about dissing people. He worked hard to train up his little apprentice until the kid could diss and roast as fiercely as the king.

It was only later, when he was pushed down in bed and [redacted] by the typically cold and taciturn Qi Zhu, that Jiang Ying realized Qi Zhu had somehow learned every trick in his book.