Your Memes Are Better Looking Than You 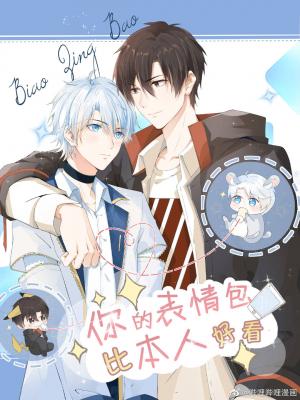 One day, after a certain variety show aired, these complete strangers became a trending topic together.

Gu Wei’s Anti-Fans: Do these two have anything to do with each other? Gu Wei is absolutely shameless. He’ll try to leech fame off anything that moves, even esports legends. Ignore him, ignore him!

Fans of Jiang Xun’s Technique: If our God Xun wanted to, he could buy this whole country. If he’s playing around with some nameless celeb, he’ll just play until he gets bored and moves on.

But before long, an unexpectedly heated controversy sparked around the two:

Jiang Xun slacks off during a livestream to promote a celebrity!

The two do have talks of an engagement brewing between them, but it wasn’t Jiang Xun who Gu Wei fell for first… it was Jiang Xun’s reaction memes.

When Jiang Xun first met Gu Wei, he came away with the impression that Gu Wei was his diehard fan. He never would have imagined Gu Wei was only a fan of his memes.

Gu Wei: Ge… I think your reaction memes are better looking than you.

Then, affection gradually began to grow between the two. Gu Wei finally mustered up the courage to confess his feelings to Jiang Xun.