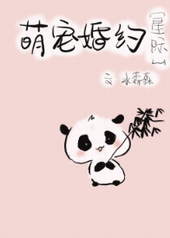 GunGun, as a national treasure(panda), was stolen by thieves and skinned. Once he woke up, he had a healthy body and lots of bamboo leaves. But monsters with glowing eyes surrounded him, most importantly they were floating, have greenish blue faces, fangs, and have no little legs?!

(⊙o⊙) Oh, the two-legged monster is here again, huh, is this bowl of food for him? These tender leaves are delicious, they should be hidden in the deepest part of the den.

There was an extra panda cub in the Interstellar Admiral’s embrace which he brought everywhere he goes. The place where a gun was once placed turned into a place for holding a basket full of leaves.

The admiral’s face flushed crimson red being overwhelmed by its cuteness: “!!!!!” My darling!

GunGun who was holding a small bamboo shoot and shivering: It’s so scary, monsters with no heads or tails are floating!

The admiral who fell from the sky: GunGun, don’t be afraid.

GunGun who was holding a little apple and shivering: It’s so scary, a glowing green skull is smiling at me!

The admiral who fell from the sky: GunGun, don’t be afraid.

GunGun who was clinging to the Admiral’s thigh with wet eyes: Ah, the corpse moved! He said that I’m cute and wanted to touch me.

The admiral who became fierce: This absolutely won’t do!