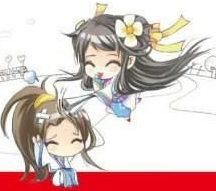 Song Liang Zhuo is a young and poor county magistrate. Qian Xiao Qi’s father is a rich man. Qian Xiao Qi falls in love with Song Liang Zhuo the moment she sees him. Each day she waits outside the court’s gates to see him, hoping he will glance her way once. She patiently waits for him to notice her for two years, but he ignores her. She realises it is futile to wait for someone who does not know she exists and she gives up pursuing Song Liang Zhuo.

Song Liang Zhuo despises the shallow young girls who pursue him, but his heart softens seeing Qian Xiao Qi waiting for him to look at her for two years. He relents and he asks for her father’s permission to marry her.

Song Liang Zhuo slowly falls in love with his wife. But he is too slow, because his wife secretly regains her memories… she remembers her pathetic old self for loving the heartless Song Liang Zhuo and she makes secret plans to run away.