Women-Hating Duke Feels Lust Only For One Aristocrat Lady 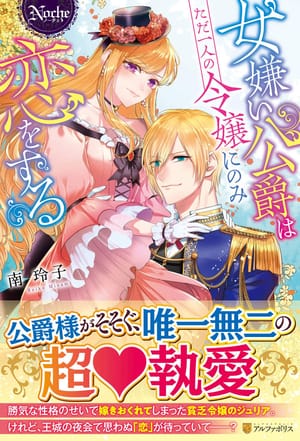 “Don’t worry, father. I’m going to this evening party to find true love. I’m already 19…it wouldn’t be surprising for me to meet my fated person any time now..”

“Julia…It takes three days by carriage to reach the royal castle. Try to stay quiet as much as possible and not make any trouble.”

Stay quiet, you say?!! What exactly have I done wrong?

First groom candidate tried to marry me to obtain the rank, despite having multiple lovers. I only exposed his relationships at the public place. Well, I did gather the lovers he deceived as the proof, but the fact that they beat the shit out of him has nothing to do with me.

Next man, who possessed the rank of the Knight, with my help realised that he was romantically interested in other men and left happily while holding hands with his male lover. I only deserve to be praised for making him realise his true love.

The last groom candidate who was a civilian officer, even tried to kill me after his illegal deal with black market mechant was revealed. I managed to escape by a hair’s breadth, but if anything, I think that’s more of a feat, because if things went on, flour’s price would shoot up and many people would starve to death during the winter.

Well, all of this…means that neither of those men were my fated person.