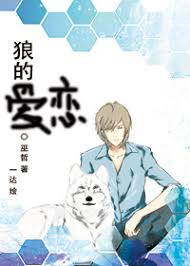 Official Summary: In short, this is the story of the debt a “Yang Bailao” picks ups for a little wolf cub.

Translator’s Summary: Xu Bei finds himself between a rock and a hard place when faced with a man named Ban Datong who wants to off him and his only escape being a cliff that if fallen down, will certainly kill him. Faced with these options, Xu Bei throws himself down the cliff, making his already battered and bruised body suffer even further damage. Struggling from falling unconscious, Xu Bei encounters what he thought was a young white dog that he soon realized was actually a wolf cub! Seeing that it was too young to survive on its own and would also die very soon, Xu Bei finds solace in this and offers the only bit of food he has on him, a normal piece of chocolate.

Lang Jiu: I can become a human now.