Why The Big Villain Hasn’t Run Away 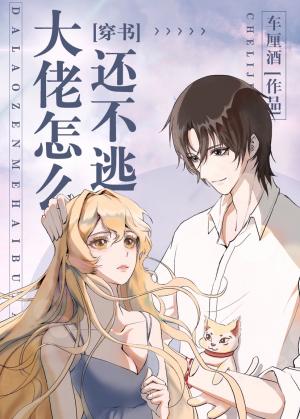 Yan Luqing was reading a heart-abuse novel of the year when she was on the plane.

Among them, the most popular is not the male lead and female lead, but the villain who has been persecuted by countless lunatics, Gu Ci.

When Gu Ci was young, his beauty was infinite, but his family’s financial situation fell behind and his parents were retaliated by their enemies. His beautiful obsidian-like eyes were blinded by poison. And in the end, he was secretly ‘hidden’ by a mentally ill woman who had a crush on him.

After experiencing all this, the young man who was originally like a breeze and misty moon was completely blackened.

Who does not feel heartache for a beauty who was strong but miserable? Yan Luqing also felt her heart ache and scolded that mentally ill woman very angrily.

Who knows that when the plane crashed, she became the female partner, who tried to monopolize Gu Ci, that everyone shouts to beat.

The time happened to be the first day of the ‘Hiding Gu Ci In The Golden House’.

Recalling the female partner’s end that was more inferior than the pigs and dogs in the original book, Yan Luqing: …Oh?

The female partner in the original book deserves that kind of ending, but Yan Luqing can not commit the same mistakes.

From the first day onwards, she will serve delicious food and drink to raise the big villain well. It was called ‘Hiding Gu Ci’ but in reality it was actually enshrining and worshipping him.

She treats Gu Ci’s eyes and buys whatever he wants to eat, even if he wants the stars she will pick them for him. If he wants flowers, she will pull them out and make a wreath for him. Even the flowers at home are all pulled bald.

So two months later, according to the original plot, it was the day for Gu Ci to escape.

Yan Luqing breathed a sigh of relief. The big villain doesn’t have to do it himself because she opened the door wide in a very proactive and catering manner, and said to him: “Congratulations, you are free now.”

Gu Ci looked at her for a long while, his beautiful black eyes darkened, and he suddenly smiled: “What if I said, I don’t want freedom?”