Why not go to JUSCO with me, Valkyrie? 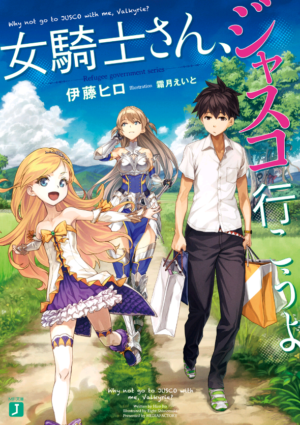 Once upon a time in the small town of Hiraya, Nagano Prefecture, lived a normal high schooler named Rin Ichirou.

One stormy night, he found a Princess named Pau and the Female Knight (Valkyrie) who served her, Clauzela Lou Kotovic, collapsed in the middle of paddy field.

Both of them had escaped from their country which fell to an Orc army attack using Gate magic.

And now they established government in exile at Rin Ichirou’s house.

Also, the people from this world and from that world began to visit one after another.