Why is the Holy Son So Delicate? 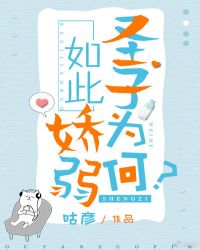 Pei Xia transmigrated into a brainless western fantasy novel and became the unlucky cannon fodder who has a pure body that is coveted by evil spirits and was constantly suffer death threats.

The protagonist of the novel is Lucifer, the holy son from the Church of the God of Light. He has a beautiful appearance and divine purification ability.

The Holy Son, who has a charming physique, feels extremely distressed by his popularity.

Therefore, Pei Xia decided to become his guard to avoid the fate of being possessed by evil spirit.

When a powerful pursuer came, the Holy Son weakly leaned against Pei Xia’s arms, pitiful and adorable, “He is so fierce, I’m scared.”

When the assassin invaded, Pei Xia blankly watched as the Holy Son cut off the assassin’s head with a sword. The corner of his blood-stained lips curved into a charming smile. Yet when he saw him there, he suddenly sobbed and softly fell to the ground.

Holy Son, “How come you never had any evil thought about me?”

Pei Xia (who actually had but always suppressed it), “Because w̶e̶’̶r̶e̶ ̶b̶o̶t̶h̶ ̶b̶o̶t̶t̶o̶m̶ I am very pious in my faith.”

Lucifer smiled and said, “In that case, come to my room tonight to listen to the holy song together.”