Why Did The Good Ol’ Enemy Force The Marriage? 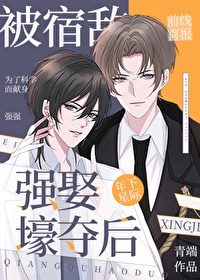 Announcement of joyful news from the front line! The commander Qi Qing won a great victory and made great achievements, and he was promoted to the youngest marshal of the empire!

At the moment of national celebration, as a fateful foe of Qi Qing, Ji Xingjue glanced at the experimental project fully funded by the military, and the beeping in his heart: switch out.

People from all over the empire were waiting to see Ji Xingjue’s jokes.

Holding the tragic mood of being exposed to the wilderness, Ji Xingjue followed Qi Qing to the Civil Affairs Bureau.

People in the Imperial Capital who are eating melon seeds:????

Ji Xingjue, who was forcibly married: I gave my life to science.

People of the Imperial Capital: This must be a unique kind of revenge!

Ji Xingjue, who was at his last gasp: I never thought of being retaliated like this.

The marshal raised his eyebrows calmly: It’s very simple, either “live” or die.