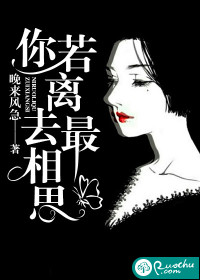 Even after many years, the residents of Yu City still gossip over the concealed incident of a particular noble family. Resorting to all methods, a commoner woman turned into the madam of a rich family. She was heavily addicted to gambling and was indebted of over a few million yuan to the loan sharks. She was infamous for her cheap beauty but Gu Hansheng continued to adore her.

Until one night, this evil lady dug her own grave as she caused the death of Bai Yueguang, whom Mr. Gu highly valued.

Today, she has completely vanished from Yu City. Some still say she’s paying for her retribution. However, nobody knew, that night also brought pain to Mr. Gu’s heart.

As the snow fell on the streets, the fragile woman shivered in her coat as she reached out for the car’s door. The car’s window rolled down as the man fixed his gaze on her and smirked: “Mrs. Gu, no one in this world can be as heartless as you.”

Her hand stopped on the handle and her lips turned pale. Giving a pitiable look, she said, “Hansheng, I’m cold.”

“The one who’s dead is even colder.” The black shadow of the car faded away. Through the rear mirror, pieces of snow landed on the woman’s shoulders, as if it was burying her.