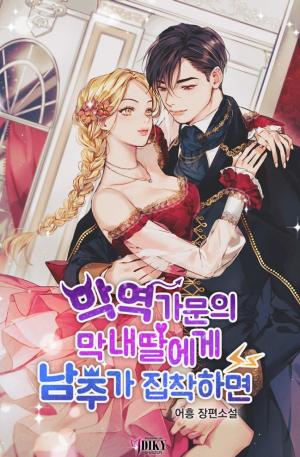 She became the youngest beloved daughter of the powerful villain family in a hardcore r-19 novel.

However, I who was part of the villain’s family, I wasn’t good at producing poison, making bombs, in addition to shooting arrows.

“Brother will protect you. Our Estiya doesn’t have to do this.”

“No, she has her older sister! Estiya, don’t worry. We’re gonna get rid of all the bad guys.”

I didn’t want to kill people. So I tried to conceal my capabilities and hide however…

The male lead is worrying me.

I married the male lead before he blacked out for the peace of both my family and the empire.

“If you marry anyone else, I will remove you and your family from the continent.”

“You’re marrying me, aren’t you? I said I’d give you the Empire.”

“The end of this marriage will happen when either you or I die.”

My family, the crown prince, and the Male lead began to obsess over me.

Is it impossible to live happily ever after?