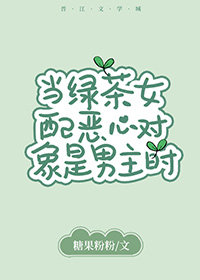 Ruan Chacha very unluckily transmigrated to be an evil green tea side character that meets a tragic ending.

The original character used all different methods of being a green tea* to the female lead and even schemed to harm her but each and every time, the male lead saved her.

In the end, the male lead ended this conniving green tea side character.

When a cold mechanical green tea system bound Ruan Chacha: “Your mission is to be a white lotus* using ten phrases, and then you’ll get green tea points based on their reaction.”

Ruan Chacha, who had her head lowered and was picking at her fingernails earnestly, raised her head and thought, “Oh.”

Wasn’t it just being a white lotus? Easy.

The green tea system was satisfied and nodded. It thought, she was a bit dumb but she was obedient.

That’s until it saw Ruan Chacha being a white lotus time and time again, and watched as her green tea score shot up …

The green tea system was dumbfounded, “Who the hell told you to seduce the male lead!!”

Ruan Chacha was confused after being scolded, “What? What’s wrong?”

She was actually getting really good at humiliating the male lead.

The important important thing: this is a feel good novel!!! Hope everyone is happy reading it, hopefully it will make you laugh.

Green tea = green tea b*ch, someone who looks really innocent and sweet but is actually manipulative and conniving

White lotus = similar to green tea, someone who looks pure and delicate but actually is completely different, sinister and calculating