When The Cruel Villain Seduces Me 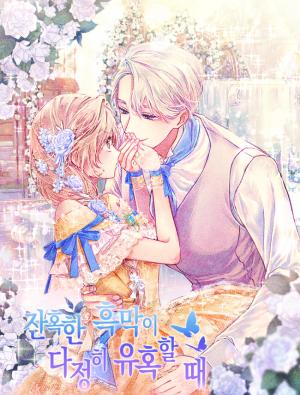 “If Nelia isn’t here, I would change again.”

That she would be entangled with Duke Hart, the cruel villain of this world, as well as the most beautiful man in the empire.

But…… He was so different from what others thought of him.

“The dessert is for Nelia.”

“I prepared the best bed for you.”

Is this person really the villain of the original story?

And to make things worse, she came to learn about his deadly secret……

Ah… What should she do, then?

Although the beautiful smile still remained on his face, his eyes became a bit sharper than before.

“Even if Nelia doesn’t take a liking toward me, I have no other choice than this. Therefore, I will try my best to make you like me.”

“However…… Do not presume that you like other men. It hurts a bit even if you are just saying it.”