When My Pet Became the Villain 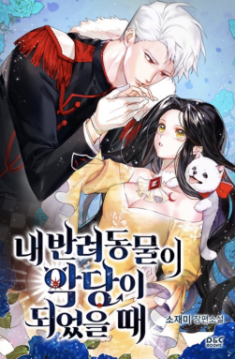 I was reborn as an extra character in a novel whose soul was sucked to death from the villain.

If you were reincarnated, what would you do?

For eighteen years, I lived under various abuses as a s*ave from my family.

Fortunately, before my parents forced me to be sold to the villain like in the original novel, I succeeded in running away.

I spent a short but happy time with Momo, a stray dog I met in a rural village.

To make matters worse, I was captured by my family and was given to the villain.

The moment I was discouraged when I was about to die,

“Why are you so surprised? It’s me, Momo, your puppy.”

My beloved pet turned into a villain?

And that villain is my “fated counterpart”?