When I Tried Strengthening 【Rusted Sword】, It Evolved Into An Overpowered Magic Sword 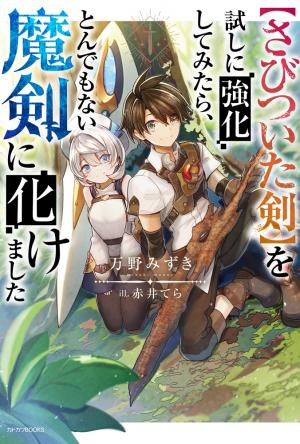 In this world, when you turn twelve, God gives you a special weapon called a sacred weapon.

Rust, a boy living in a remote village, dreams of becoming an adventurer with his childhood friend Ruby. Ruby receives the highest rank, A, but Rust receives a battered, F-ranked rusty sword.

Unlike his childhood friend who was recruited by a top-ranked party, Rust was told that his dream of becoming an adventurer would never come true, but he didn’t give up and decided to fight with his rusty sword.

He defeats weak monster little by little and steadily strengthens his rusty sword.

At that time, a skill awakened in the rusty sword, and it evolved into an overpowered magical sword.

This is an adventure story of a boy who was always told he was the weakest.