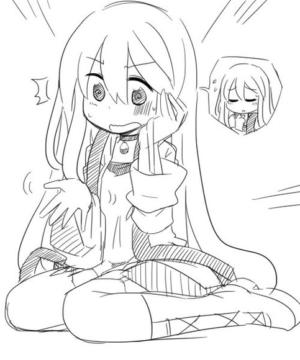 An ordinary high school student named Kisaragi Ikutari is summoned to another world by the shrine maiden Alicia and is tasked with defeating the Demon Lord in exchange for returning to his world.

After a year of traveling, the Demon Lord is defeated at the cost of Ikutari suffering a mortal wound. In order to fulfill her promise and save Ikutari’s life, Alicia transfers Ikutari’s soul to her body while using world transfer magic to return to his original world.

Now, the hero who has become a silver haired girl must re-find his place in modern day Japan.

This is a love comedy with a little bit of eroticism.