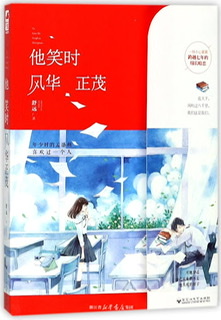 When she was much younger, Meng Sheng Nan had a crush. But she never knew if she was his type, and so she suppressed her love for him.

Many years later, she met him again in her hometown.

He was no longer the unruly and carefree youth and now often shuttles about the old streets of JiangCheng in his flip-flops. He stood before her dirty and unshaved, with a history of hardships behind his eyes.

Her heart raced, as he chased after her. For her, he had renewed his efforts and started from scratch to redeem himself. It was as though he responded to the line she wrote in a book she sent him many years ago:

“I want him to amend his ways and not waste his youth.”