When an Alien Is Bound to a World-Saving System 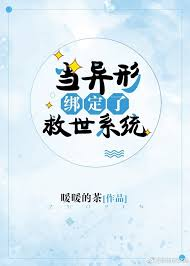 When the last alien on the world was bound to a stupid but cute world-saving system thinking he was a human:

Alien: “I can help them deplete 5% of the world’s population in the short term, this way, this planet can continue to survive.

System 099 was shocked: [Lord host, the record you set for completing one’s first world has been br-broken by a rookie!]

Big boss Huo Li raised an eyebrow in intrigue: [Oh? Who was it?]

A certain alien happily thought that he was invincible among all carbon based life-forms! Until…… he met a powerful psychic ability user!

A horrified alien: “Hey! Why can’t I control myself?”

In the beginning there is a love-hate relationship and mutual dissing, later there is a pair of husbands cooperating to fight monsters~