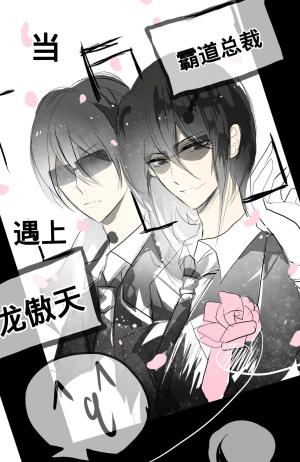 He, the Murong Jihua himself, is handsome, rich and taciturn; wildly cool, imposing and generous beyond the stars. His future is bright. His résumé is sublime. In his last life, he died… playing otome games.

Thus transmigrated, with the perfect character archetype of ‘Bossy CEO’ on him, he has dedicated himself to capturing his target – his pure little white lotus of a female lead;

And has failed time and again.

The reason, isn’t really our dear bossy CEO not being flirtatious enough,

but our rival in love being too overly incredible. The halo of the urban-setting Gary Stu has been profoundly and exhaustively realised on him as he tramples over all obstacles underfoot.

The female lead “Apparently, the man that was trying to woo me over has suddenly ended up my dad, and ended up with my childhood friend?”